Women with multiple sclerosis (MS) may not be at a higher risk of pregnancy complications like gestational diabetes, emergency cesarean section or stillbirth than women who do not have the disease, according to a study in the February 3, 2021, online issue issue of Neurology® Clinical Practice, an official journal of the American Academy of Neurology. However, the study did find that babies born to mothers with MS had a higher chance of being delivered by elective cesarean section (c-section) or induced delivery, and being small for their age compared to babies of women who did not have the disease.

Researchers found no difference in risk of several pregnancy complications between women with MS and women without it. No differences were found in risk of preeclampsia, gestational diabetes, placenta complications, emergency c-section, instrumental delivery, stillbirth, preterm birth, congenital malformations or low Apgar score. Apgar score is a test of a newborn’s health, including measures like heart rate, reflexes and muscle tone immediately after birth. 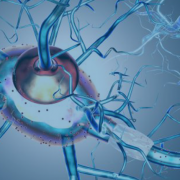