Four weeks on a diet of highly processed food led to a strong inflammatory response in the brains of aging rats that was accompanied by behavioral signs of memory loss, a new study has found.

Neuroinflammation and cognitive problems were not detected in young adult rats that ate the processed diet.

The study diet mimicked ready-to-eat human foods that are often packaged for long shelf lives, such as potato chips and other snacks, frozen entrees like pasta dishes and pizzas, and deli meats containing preservatives.

Highly processed diets are also associated with obesity and type 2 diabetes, suggesting older consumers might want to scale back on convenience foods and add foods rich in DHA, such as salmon, to their diets, researchers say – especially considering harm to the aged brain in this study was evident in only four weeks.

The research is published in the journal Brain, Behavior, and Immunity. 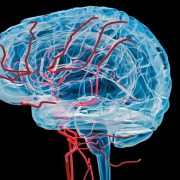 Statins linked to reduced risk of death from COVID-19 in major population s...
Scroll to top